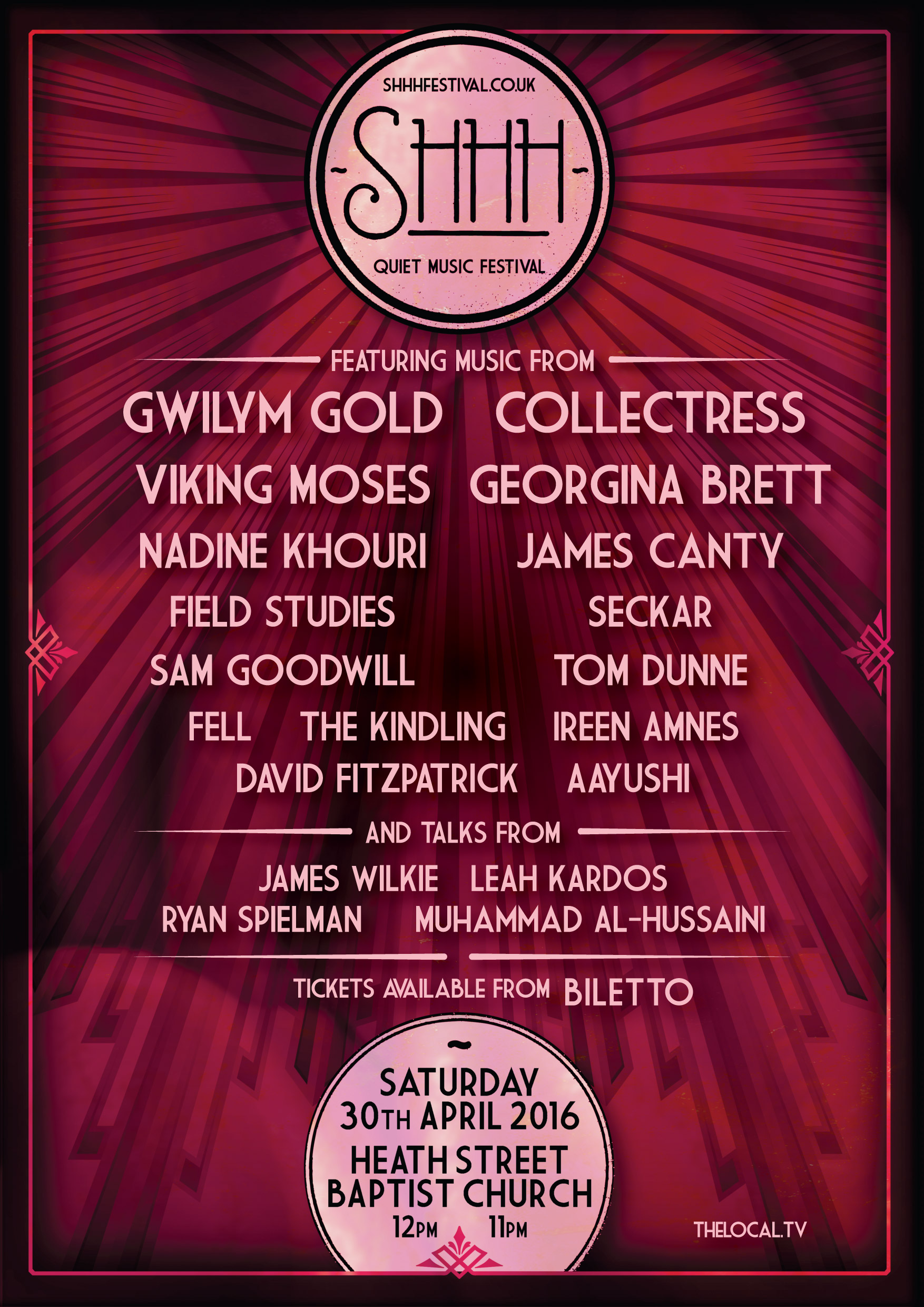 GWILYM GOLD
http://gwilymgold.com
Gwilym Gold releases his second album ‘A Paradise’ on Brille. The inimitable songwriter and composer’s new album features collaborations with Hyetal, Darkstar, Bullion, and Nico Muhly. Gold has been consistently impressing us over the years: first as bandleader of art pop group Golden Silvers, then with his 2013 album ‘Tender Metal’ (which was released via constantly-evolving music format Bronze), and later with collaborations with artists like Hyetal and, more recently, Darkstar. Hyetal and Darkstar’s James Young both appear as co-producers on tracks from ‘A Paradise’, as does leftfield pop producer Bullion. Meanwhile, four songs feature string arrangements by contemporary classical composer Nico Muhly. Otherwise, the majority of the album was composed by Gwilym alone at home with his piano before being taken to regular collaborator Lexxx for co-production at London’s Konk Studios

‘Greener World’ and ‘Breathless’ both take post-OK Computer Radiohead as their template but, unlike countless other pretenders to that piano-driven, jazz-infused crown (think Coldplay), Gold manages to fashion something genuine and new out of a tried and tested sound. (LOUD AND QUIET – 2015)

Their collective ethos, aesthetic and approach reflect their left-behind classical upbringings and are inspired and informed by the practices which complement their performing lives: visual art, musical composition for theatre and dance, experimental film, music informatics and free improvisation. They play and write with a sense of narrative, drawing the listener into a thoroughly distinctive and beguiling world of experimental chamber music.

“Their music is both … dazzling and enveloping, made using conventional instruments and other unusual sources and found sounds. We were immediately conquered…” Cast the Dice

“The most exciting thing to happen to string instruments in years… Submit yourself to this musical spell, you shall not regret it.” Was ist das?

VIKING MOSES
http://www.vikingmoses.com
Viking Moses, AKA Brendon Massei, achieves a special balance of warmth and command, with familiar melodies that draw listeners in and oblige them to stay. Strongly lyrical songs are played out through tunes that flirt with pop, soul and Americana, all strung together with a unique pulsing guitar, and by Massei’s robust voice, which ebbs from delicate whispers to throaty howls.

20 years and counting, Massei has won over fans and critics with the delicate melodies of his songs, and through his versatility as a performer — his live show is as compelling in a living room as it is in a major venue, and his songs as natural in a movie soundtrack as on a record player. The lore of Massei’s outsider lifestyle has won him interest and praise.

2013 saw the release of Werewolves Across America, a documentary by UK Production Company Pulse Films about Massei’s life and lifestyle as a touring musician. Massei’s music also features on 2014’s BAFTA-winning UK film Kelly + Victor, and documentary film The Legend Of Masty Huba (2011).

“If the DIY house show circuit has a pied piper, his name is Brendon Massei. Massei, who plays music under the name Viking Moses, has been recording and touring independently as a full-time job since he was 14, and he’s spent more than half of his life paving trails for other musicians to follow. Artists that Massei took on their first tours include: Deer Tick, Scout Niblett and Nat Baldwyn of the Dirty Projectors.”

“Viking Moses is ‘The Most Uniquely talented musician since Kurt Cobain… an absolute genius, and one of the best musicians I have ever released.”

Nadine Khouri is a Lebanese-born singer-songwriter currently based in London. Her sound draws on folk, shoegaze, moody soundtracks and spoken word – it is ‘music born of perennial outsider-status’ (Rough Trade).
Influenced by artists including Low and Mazzy Star, Khouri’s forthcoming album Lost Continents is themed around loss and transformation. It was produced by John Parish, a frequent collaborator with PJ Harvey and Eels.
“A gravely, female voice sings modern, alternative torch-songs and the atmosphere is so mesmerizing, so fascinating you wish this late night moment would last forever.” – Cracked Reviews

JAMES CANTY
https://www.facebook.com/thisisJamescanty/
Exiled from his homeland Essex, for the past two years James Canty has traveled and performed in dives from Dresden bars, Barry Island bingo nights, and Irish Cathedrals on the rollercoaster ride of all-time highs and all-time lows of an upcoming songwriter.
Eventually taken in by producer Joe Wills, living, writing & recording in the confines of Wills’ Liverpool home studio, Canty had only the hope of making “the music of dreams”.

New EP ‘Love’ touches on the big subjects – love, passion, inspiration and death, even – in a manner which is fresh, approachable. (CLASH MUSIC)

SAM GOODWILL
http://samgoodwill.com/
Upon the independent release of his freshman EP “Stampede” in the latter days of 2009, Sam received acclaim amongst peers and professionals in the blog-o-sphere as well as in major publications. This lead to the eventual re-release of the EP in the autumn of 2010 under the wing of The Epiphysis Foundation.

2011 found Sam Goodwill anew as a 2 piece. Sam, along with partner Dennis Thomas, took novels of accumulated material into a large warehouse turned make-shift recording studio to conclude the awaited opus that began with “Stampede.” The conceptual full length entitled “History” was released on vinyl in April of 2012.

In 2013/14 Sam tours with a 3 piece band, including Richard Elmsworth (Gil Mantera Party Dream) and Bob Young (Public Radio, Signature Event). He also tours solo with a stripped down / loop based repertoire.
When Sam is not on the road or writing music he’s producing records in his warehouse project studio.

An accomplished guitarist and
percussionist, arrangements often feature the addition of brass, horns
and harmonium, with a sound at various times reminiscent of Mt
Eerie, Will Oldham, Robbie Basho, Grizzly Bear and Seventies-era
Van Morrison.

Performances range from full-band lineups with a revolving cast
of supporting musicians to quiet, intimate solo shows. Nicolas has
previously opened for the likes of Diane Cluck, The Cairo Gang,
Wild Nothing & Thanksgiving.

…a lovely Buckley-esque tone to his voice, gliding way above
his delicate pickings…a song that could probably have induced
shivers in a slab of concrete.
– Manchester Music In The City Festival

TOM DUNNE
http://tomdunnemusic.com
Tom Dunne is a independent recording artist from Reading. Combining electrical and raw elements to create a smooth, soulful, and ambient future sound reminiscent of the likes of Zack Abel and Fink. Studying at BIMM (The British and Irish Institute of Modern Music), Tom only just started performing music independently late last year, but has already wowed audiences with his talent including the BBC who have championed two of his earlier tracks on BBC Introducing.

THE KINDLING
http://thekindling.co.uk/
Cinematic songs, fireside percussion, ghostly harmonies, and T.V. static dreams. The Kindling make sad, strange and beautiful music. Like the crack in the window that makes a rainbow, a dark, dusty corner or the last wave that takes her initials with yours from the sand.
Drawing influence from the guerrilla recording spirit of Sparklehorse, Mount Eerie, and Tom Waits, The Kindling were formed in 2011 to breathe life into the acoustic songs of Guy Weir. Introductory E.P. ‘From Out Of The Wreckage’ was followed by a second E.P. ‘Half Light’ in 2013. Their latest release is the 2015 full album ‘By Morning’.
BBC6 Introducing “Like Radiohead scoring a spaghetti western.”
The Devil Has The Test Tuna “Theirs is a beautifully laid back vibe.”
—
IREEN AMNES
http://www.ireenamnes.com/
Ireen Amnes is a singer, multi-instrumentalist, DJ and producer based in London.
Coming from a rock background, and moving into the contrasting world of electronic music, Ireen has her own unique style, exploring the connection between heavy sounds, big beats and ethereal vocals.

AAYUSHI
https://www.facebook.com/aayushimusic/
Aayushi is a 19-year-old singer-songwriter from the UK. Inspired by bands such as Bright Eyes, The Middle East, Daughter, and Sleeping At Last, her music is gently melancholy and mellow, yet powerful in its emotional honesty.