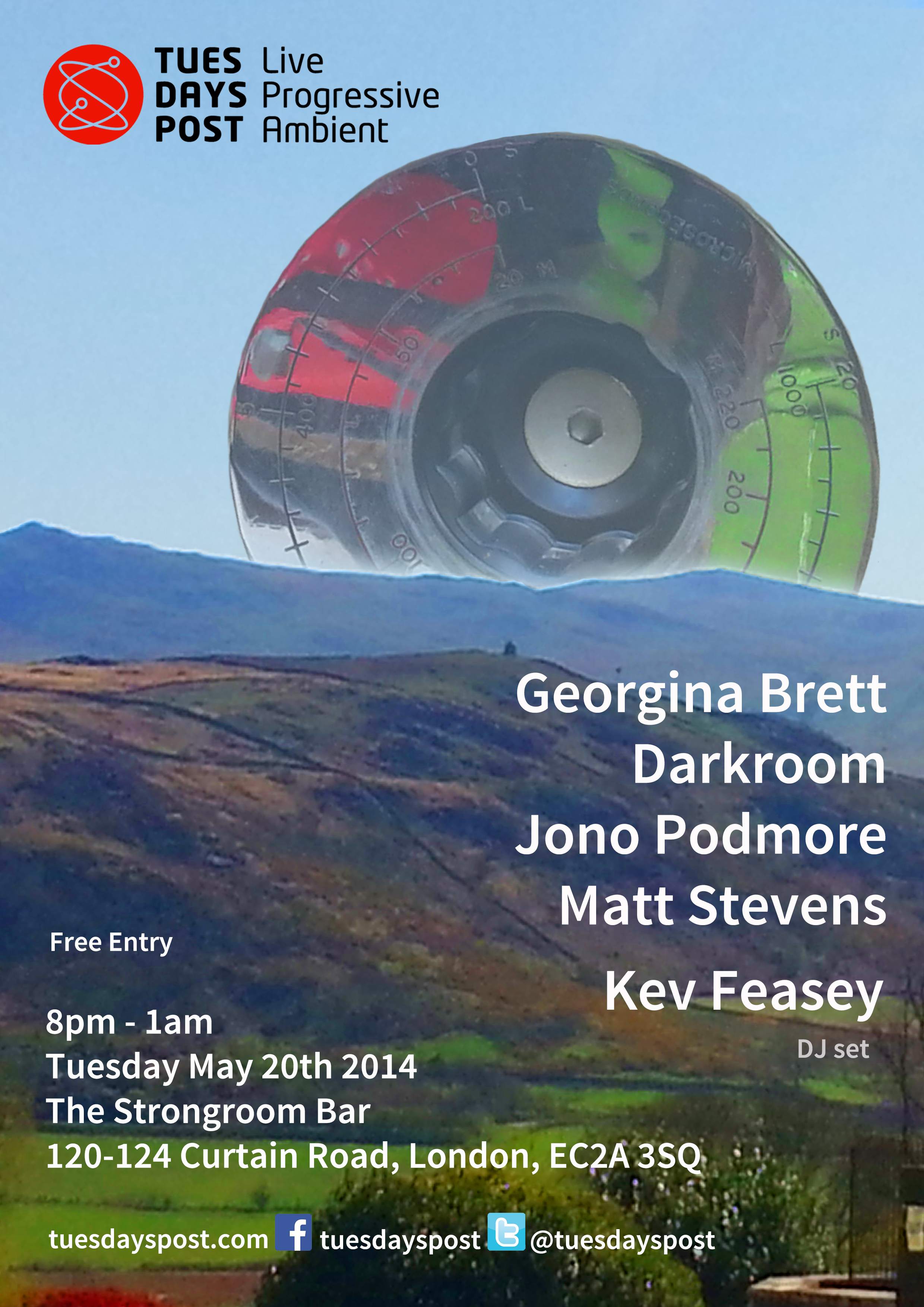 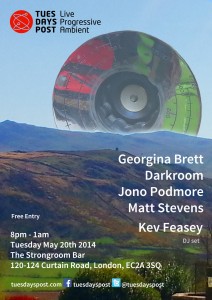 A little minimal, a little magical, a little chaotic and little bizarre. Live on stage. The craft of harmony and rhythm taken off the beaten track.. Risky live electronic music. Boxes, wires, instruments, pedals, and laptops … a platform for new sounds, collaborations and innovation.

Series 2 will be run by Georgina and also Andrew Ostler and Michael Bearpark from the band Darkroom. It began on April 25th at The Strongroom Bar and featured; Deekie, Georgina Brett and Darkroom. With Mixmaster Morris (DJ) 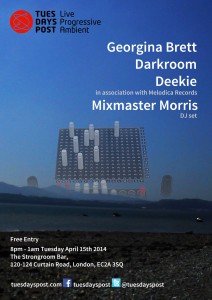 Artists came from far and wide (Wales, Bristol, Germany, Sweden, Italy, Singapore) to perform in the West London W10 area. It was not compulsory to be silent

The idea was to come and enjoy unusual electronic, live music, drink, chat and relax.

These were the line ups:-